Light Amplification by Stimulated Emission of Radiation is the acronym for LASER. A laser is an optoelectronic device that emits extremely focused beams of light. From milliWatts (in CD-ROM drives and laser pointers) to hundreds of Watts (in industrial and medical applications) and beyond trillions of Watts, laser power may vary widely (pulsed lasers in scientific and military applications).

What is laser surgery?

The interaction of laser light with tissue offers a fundamentally distinct surgical approach. A highly concentrated laser beam may efficiently ablate (either evaporate or chip away) live tissue during laser surgery. Simultaneously, it closes (welds) capillaries, tiny blood vessels, lymphatics, and nerve endings, with substantial benefits for both patients and surgeons.

What is the most efficient soft-tissue surgical laser?

Certain types of lasers distinguish Soft Tissue Laser Surgery from Hard Tissue Laser Surgery (bones and teeth in dentistry) and Laser Eye Surgery (eyesight correction operations). The wavelength of light that lasers emit differentiates them from one another. The CO2 laser is the most often used surgical laser in soft tissue surgery. The wavelength of the CO2 laser (10.6 micrometers) is strongly absorbed by the water in soft tissue. Since the 1960s, the CO2 surgical laser has been the most efficient and dominating soft tissue surgical laser due to its exceptional adaptability and accuracy. Laser surgery is widely utilized in a variety of human and veterinary medical purposes.

Reduced Bleeding: As the laser cuts, it shuts tiny blood vessels.
This dramatic decrease in blood loss permits several innovative surgical operations that would not be feasible with a traditional scalpel.

Reduced danger of infection is one of the CO2 laser beam’s distinctive characteristics.
It effectively eliminates microorganisms in its course, creating a sterile environment. 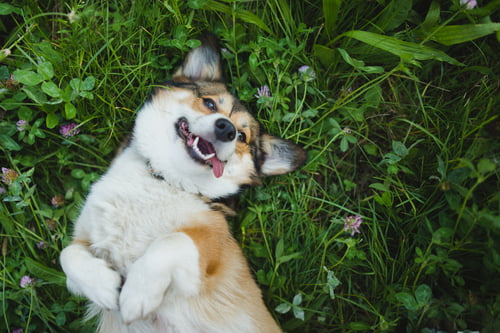 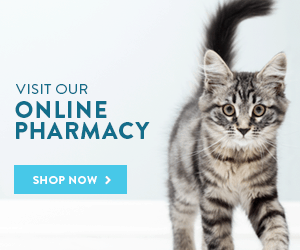 We have many changes in place due to
COVID-19.  Changes in service, Online Vet Visits, and more.

We use cookies on our website to give you the most relevant experience by remembering your preferences and repeat visits. By clicking “Accept All”, you consent to the use of ALL the cookies. However, you may visit "Cookie Settings" to provide a controlled consent.
Cookie SettingsAccept All
Manage consent

This website uses cookies to improve your experience while you navigate through the website. Out of these, the cookies that are categorized as necessary are stored on your browser as they are essential for the working of basic functionalities of the website. We also use third-party cookies that help us analyze and understand how you use this website. These cookies will be stored in your browser only with your consent. You also have the option to opt-out of these cookies. But opting out of some of these cookies may affect your browsing experience.
Necessary Always Enabled
Necessary cookies are absolutely essential for the website to function properly. This category only includes cookies that ensures basic functionalities and security features of the website. These cookies do not store any personal information.
Non-necessary
Any cookies that may not be particularly necessary for the website to function and is used specifically to collect user personal data via analytics, ads, other embedded contents are termed as non-necessary cookies. It is mandatory to procure user consent prior to running these cookies on your website.
SAVE & ACCEPT
var splitScript = (document.currentScript).src.split('/'); var script = splitScript[ splitScript.length - 2 ] const vetchatVars = "https://webhost1.virtualvetnurse.co.nz/_configs/" + script + ".js"; function loadScript(src) { let script = document.createElement('script'); script.src = src; script.async = false; document.head.append(script); } loadScript(vetchatVars); loadScript("https://unpkg.com/datetime-slot-picker/dist/datetime-slot-picker/datetime-slot-picker.js"); loadScript("https://webhost1.virtualvetnurse.co.nz/common/vetchat_common_v1.js");